Bring on the Brawndo!

You are here: Home / Archives for Bring on the Brawndo!

Congratulations to the GOP for uniting two centuries of bigotry in one tweet. https://t.co/pNrVs1p6Yk

they're racist about brown people 364 days of the year but go full Bill the Butcher on St Patrick's Day. https://t.co/WT0WmZI5kn

By the end of 2019, the FEC will be asking O’Rourke to declare GOP gotchas like this as free in-kind support…

I've got to say, I thought it would be another year before you all turned on the Irish, but you're moving faster to the end than I thought.

So I guess all those jackasses who complain about prejudice against the Irish now have a contemporary example to point to.

So when does the GOP organize an Orange march through Southie?

END_OF_DOCUMENT_TOKEN_TO_BE_REPLACED 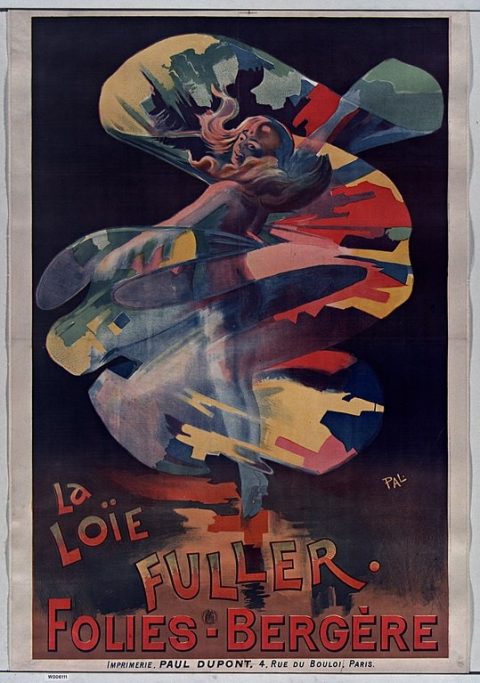 After Giuliani claimed on Sunday that Trump never signed a letter of intent for the project, CNN obtained a copy of the letter, which contained Trump’s signature. [link in the original]

Chris Cuomo actually had the gall, the infinite gall, to brandish the signed letter, complete w. Donald Trump’s self-implicating scrawl, on live camera!  What’s an Ace Defense Counsel™ to do?

Never fear, never flinch, and always remember the last refuge of the fidelity-challenged: “who you going to believe, me, or your lying eyes.”

In the interview with the Daily News, Giuliani refused to acknowledge that he told CNN Sunday that “no one signed the letter.”

“I don’t think I said nobody signed it,” Giuliani told the Daily News.

Ummm.  Rudy.  There is videotape!

Anyway, says Ace Defense Counsel™, what’s a little light conflict of interest.  Seriously, folks, what do you expect a perpetually-skating-the-edge-of-bankruptcy to do?  And who the f**k cares anyway?

But Giuliani argued during an interview with New York Daily News that the letter is “bullshit because it didn’t go anywhere.” [link in the original] 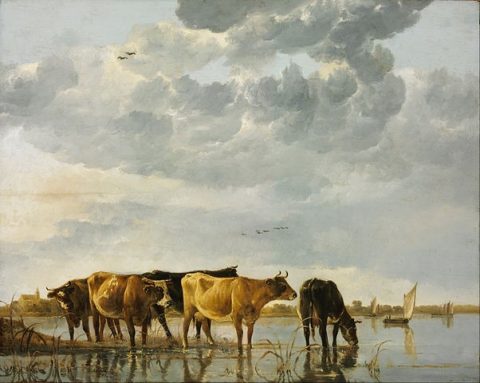 According to this line of analysis by our Ace Defense Counsel™, if an attempted coition fails to reach fruition, it don’t count.   That is, one can remain mostly virginal, as long as you don’t fully enjoy yourself.

This is funny.  It really is.  It would be more so, of course, if it wasn’t so damn serious, if this weren’t the state of affairs that emerges when small time and stupid crooks wield enormous power.

But even as we live in fear for our selves, our republic, and the world…we can still take unfeigned pleasure at the sight of Rudy Noun-Verb-911 Giuliani showing himself to everyone being what New Yorkers have known for a long time: a Flatbush fugazi.
.
Images:  Jean de Paleologu, Poster for Loïe Fuller at the Folies Bergère, 1897.
.
Albrecht Cuyp, Cows in a River, c. 1650

END_OF_DOCUMENT_TOKEN_TO_BE_REPLACED

Jerome Corsi says he's being represented by Larry Klayman, who in 2013 called for a coup against Obama in order to "“cleanse the nation of the half-Muslim, anti-white, socialist fraud in the White House before the nation goes under for the final count.” https://t.co/3t5HYVmrbb

Some doctors you go to because they'll hand you good drugs or surgically attach a My Little Pony to your pelvis or something, and other doctors won't.

Larry Klayman is the lawyer equivalent. You go to him because he'll indulge your "hold my beer" defense strategy.

This is a photo that Jerome Corsi's lawyer, Larry Klayman, has on his website pic.twitter.com/vesswigTyL

Also, of these, 3 are undocumented immigrants, one's an official representative of an all-female society, and another is a member of an intergalactic police force whose borderless authority would kinda run counter to paleocons' interpretation of sovereignty.

This was always the most craven, obvious lie by these two. Wikileaks played around in this as well, even though they knew more than anybody.

Imagine how the family must feel.https://t.co/Mzf7B9pt8y

Corsi, Klayman, and Stone — like everyone else in Trump’s orbit — are bad people who deserve every unpleasant thing that (I devoutly hope) they are about to experience.

END_OF_DOCUMENT_TOKEN_TO_BE_REPLACED

Thank you to ?@BarackObama? and ?@ObamaFoundation? for joining our volunteers today at the Food Depository. We believe no one should go hungry, especially this time of year, and that’s why we’re working to address the root causes of hunger in Chicago and Cook County. pic.twitter.com/d6YfBjvJl2

Remember: Stretch waistbands, and nothing that has to be dry-cleaned…

For those of you forced to sit with Trump-supporting relatives on Thursday, when they bring up migrant caravans or witch hunts or Brett Kavanaugh or anything else that Twitler spews, just smile and say, “Looks like Nancy Pelosi will be Speaker soon. Would you pass the gravy?”

END_OF_DOCUMENT_TOKEN_TO_BE_REPLACED

Over the summer, there were plenty of headlines declaring major pharmaceutical companies either holding off on price increases or rolling back list prices on some of their drugs.

This news generated Trump positive headlines within the framework that he could convince Pharma to give better deals than anyone else. And Pharma went along as it was a cheap give until the election. And now that the election is over; shocking events have occurred.

WHO COULD HAVE PREDIC- [head implodes] https://t.co/mDLtDXFHuV

This is the same PR play that Fortune 500 companies played last December where they rolled out regular bonus programs and attributed the cause to the tax cuts that were just passed. And then they kept on doing whatever it was that they were going to do without regard to the tax cuts. It was cheap PR and a political favor that they could bank at low cost beyond a press release.

END_OF_DOCUMENT_TOKEN_TO_BE_REPLACED

This is without doubt my favorite ad of the cycle.

Backstory:  In 2016, Massachusetts approved a law that adds gender identity to the list of reasons people can’t be discriminated against in public spaces.

This year, bigots opponents managed to place a question on the ballot that would repeal the law. Somewhat confusingly, the question is worded so that it takes a “yes” vote to retain the law — a quirk of drafting (perhaps deliberate) that casts some doubt on the polling that shows a two to one edge here opposed to discriminating against trans people.  I’m cautiously optimistic that we’re all good, but I can say without a shadow of a doubt that the following is a perfect little slice of campaign art:

END_OF_DOCUMENT_TOKEN_TO_BE_REPLACED

Somehow I missed this kinda important story this weekend:

Donald Trump has confirmed the US will leave an arms control treaty with Russia dating from the cold war that has kept nuclear missiles out of Europe for three decades.

“We’ll have to develop those weapons,” the president told reporters in Nevada after a rally. “We’re going to terminate the agreement and we’re going to pull out.”

Trump was referring to the 1987 Intermediate-range Nuclear Forces treaty (INF), which banned ground-launch nuclear missiles with ranges from 500km to 5,500km. Signed by Ronald Reagan and Mikhail Gorbachev, it led to nearly 2,700 short- and medium-range missiles being eliminated, and an end to a dangerous standoff between US Pershing and cruise missiles and Soviet SS-20 missiles in Europe. 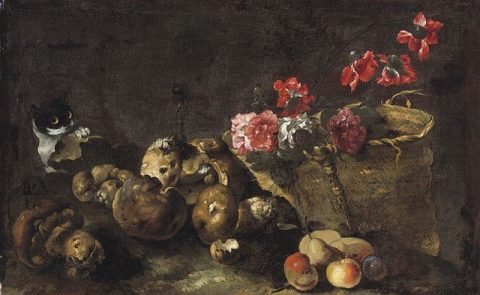 No prizes for guessing whose fingerprints are all over this measured, well thought out decision:

The Guardian reported on Friday that Trump’s third national security adviser, John Bolton, a longstanding opponent of arms control treaties, was pushing for US withdrawal.

There are arguments! There always are.  In this case, it’s an allegation that Russia is violating the agreement w. a cruise missile development program, and that China is looming, outside the treaty.  I’m way out of the zone of what passes for my expertise here, so I’ll leave it to Cheryl and/or Adam to weigh in on these claims. Here I’ll just note both claims have the look of assertions that are drummed into service to fill in the gaps marked “pretextual verbiage needed here” on the form providing cover for what one wants to do anyway.

That view is strengthened, I think, by the fact that there isn’t a single arms control treaty these bloody incompetents have ever liked.

Bolton and the top arms control adviser in the National Security Council (NSC), Tim Morrison, are also opposed to the extension of another major pillar of arms control, the 2010 New Start agreement with Russia, which limited the number of deployed strategic warheads on either side to 1,550. That agreement, signed by Barack Obama and Dmitri Medvedev, then president of Russia, is due to expire in 2021.

The early reviews for this buried, weekend news dump are what you’d expect:

Jeffrey Lewis, the director of the East Asia nonproliferation program at the Middlebury Institute of International Studies at Monterey, said: “This is a colossal mistake. Russia gets to violate the treaty and Trump takes the blame.

“I doubt very much that the US will deploy much that would have been prohibited by the treaty. Russia, though, will go gangbusters.”

Gorbachev, 87, wondered aloud: “Is it really that hard to understand that rejecting these agreements is, as the people say, not the work of a great mind.”

“Do they really not understand in Washington what this can lead to?” he asked.

And doubly, trebly concur with this:

“All agreements aimed at nuclear disarmament and limiting nuclear weapons must be preserved, for the sake of preserving life on earth,” he added, per the Times.

This is the true measure of the GOP betrayal of America.  They knew who Donald Trump was long before he became President. They knew — hell the candidates, Cruz and Graham and the rest said so out loud — that he was the last person you’d want near the nuclear button.  And yet when the choice came down to tax cuts and an anti-abortion SC vs the safety and security of the United States…

They all got in line.  We, and the world, are in ever deeper peril as a result.

Oh — and one more thing? How is this not a huge story? Republican maladministration wants Europe back on a hair trigger?  I’m looking at the New York Times home page and it isn’t there.  Our media iz not lerning.

Image: Simone del Tintore (attr.), Still Life with Mushrooms, Fruit, a Basket of Flowers and a Cat, before 1708.