You are here: Home / Archives for Going Galt

Wonder how many other GOP turncoats will use the summer recess to slip away & join ol’ GriftGawdGuns’n’Gravytrain at Vlad’s summer resort? Dana Rorabacher? Devin Nunes?… Kevin McCarthy is too busy ‘acting’ as head to various department Trump wants destroyed. Doubt #MoscowMitch’s spouse will let him avoid his financial duties to the PLA. And Rand Paul is already supposed to be hiding out in Canada for ‘lung surgery’ consequent to losing the lawn-care argument with his neighbor…

1) not worth it.
2) he went to russia, because nothing says "we're not owned by russia" like receiving tons of cash funneled through the NRA, taking their help hacking elections, then making frequent trips back to russia
3) you're not wrong

Checking in on the troll farm, offering meme suggestions.

END_OF_DOCUMENT_TOKEN_TO_BE_REPLACED

Being a libertarian at Reason means never knowing anything other than whatever the left is doing, they are wrong. Here is the latest:

The Human Rights Campaign (HRC) is angrily condemning a memo released today by Attorney General Jeff Sessions that it describes as “an all-out assault on LGBTQ people” creating “a sweeping ‘license to discriminate'” in furtherance of President Donald Trump’s “cynical and hateful agenda.” The memo does this via provocative language such as “freedom of religion is a fundamental right of paramount importance” and “government may not interfere with the autonomy of a religious organization” by, for example, forcing an Orthodox yeshiva to accept female rabbinical students.

Don’t get me wrong—we’re not exactly fans of Sessions here at Reason. But today’s memo shouldn’t make your list of reasons to dislike the man, who is much more fittingly criticized for being a lover of asset forfeiture and a drug warrior extraordinaire.

Haters of the religious liberty memo seem to believe (or, perhaps more accurately, want you to believe) that it establishes a new right for businesses and government agencies to turn people away on the basis of sexual orientation or gender identity. They should be comforted, then, by the revelation that virtually everything in the document is merely a restating of existing law and Supreme Court precedent.

Ok (hold on to your hats folks, but a glibertarian is wrong), this is not true:

Today, HRC responded to the Trump-Pence Administration’s latest attack against the transgender community. At the direction of Jeff Sessions, the Department of Justice (DOJ) rescinded a memo issued by the Obama Administration. Sessions replaced the important instructions with a discriminatory memo, arguing that anti-discrimination protections under Title VII do not apply to transgender people. DOJ instructed all U.S. attorneys to adopt this dangerous position in all pending and future matters.

But let’s pretend this idiot is correct, and nothing has changed. Then why did they release a memo that, in her words “does little more than reiterate what federal law has been for years.” And let’s note that the weaselly “little more” nonsense, which is an admission that her entire premise that nothing has changed is, umm, a fucking lie.

The answer is because after consulting with Christianist extremists to help craft this memo (which, again, does more than just restate federal law), is that they are sending a message that the Justice Department and the weight of the government is open for business for bullshit religious grievances and eager to advance case law trashing minority parties for the benefit of religious lunatics. It’s “hey guys, we’re stacking the courts, you have a Justice Department that isn’t going to do shit to defend the rights of all Americans, and we’ll have the Supreme Court soon, so start getting these cases into the pipeline. It’s go time for religious bigotry.”

Because that’s how this shit works in America. No one is going to successfully introduce and pass a bill that says all gay people need to be stoned in the public square (well, at least not yet). So what they do is slowly chip away at constitutional protections afforded all individuals, eroding their rights, and creating a separate second class of American citizens which has the added benefit of making the lives of LGBT people miserable. On top of the overt actions in the memo, that’s what is really happening.

And the assorted douchebags at Reason either know this but their kneejerk hatred of “teh left” trumps that knowledge, or they don’t understand what the fuck is going on out side their myopic Randian universe. Either way, they should probably shut the fuck up until they know something.

END_OF_DOCUMENT_TOKEN_TO_BE_REPLACED

Several weeks ago, this happened:

After pointing out that Vegan Sarah Palin and Aleppo Man were clowns, Stein’s donations plummeted by 60%, so now she is nailing herself to the cross begging for donations:

In other words, John Oliver promised to take the two candidates seriously.

And, believe it or not, Oliver’s staff actually called our campaign before the program to ask for clarification on Jill’s platform – especially on the main part of his rant, cancelling student debt.

Despite this stab at due diligence (of the sort comedians undertake) …

The show’s staff was told by the campaign that Jill was considering several mechanisms to cancel student debt – including using quantitative easing. Quantitative easing is technically possible, but would be very difficult politically.

But that is what distinguishes Jill and Ajamu from the other candidates – they have the political will to implement bold ideas that will transform government from catering to the 1% to caring for the 99%.

She still has no idea what quantitative easing is, but it’s a BOLD idea! I’m going to cure world hunger by playing frisbee golf. It makes no sense, but it’s BOLD!

END_OF_DOCUMENT_TOKEN_TO_BE_REPLACED

England Prevails! Or not. The Invisible Hand is weighing in now.

END_OF_DOCUMENT_TOKEN_TO_BE_REPLACED

Balloon Juice’s own presidential aspirant, ¡Baud! 2016, reminded me of something I meant to FP yesterday:  how red state Republicans have chosen to pay — hugely — for the privilege of denying their fellow Americans access to health care.  Let me turn the mic over to Kevin Drum:

In other words, the states that have refused the expansion are cutting off their noses to spite their faces. They’re actually willing to shell out money just to demonstrate their implacable hatred of Obamacare. How much money? Well, the expansion-refusing states spent $61 billion of their own money on Medicaid in 2014. If that had grown at 3.4 percent instead of 6.9 percent, they would have saved about $2 billion this year.

The residents of every state pay taxes to fund Obamacare, whether they like it or not. Residents of the states that refuse to expand Medicaid [22 of them — map here] are paying about $50 billion in Obamacare taxes each year, and about $20 billion of that is for Medicaid expansion. Instead of flowing back into their states, this money is going straight to Washington DC, never to be seen again.

So they’re willing to let $20 billion go down a black hole and pay $2 billion extra in order to prevent Obamacare from helping the needy. 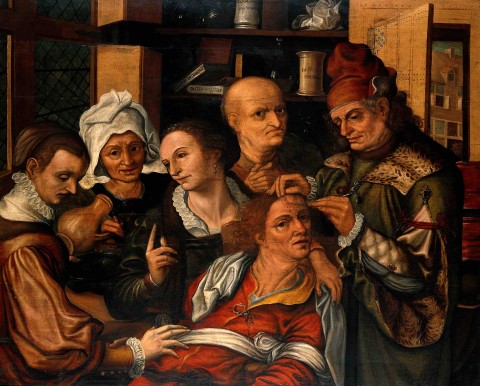 Ladles and Jellyspoons!  Your modern Republican party!  Ready to fork over handsomely to make sure the wrong people suffer.

PS:  Let me call out the could-be great state of Texas for vicious derp on a grand scale:

Statewide, Texas hospitals had to eat 5.5 billion dollars in uncompensated care last year. The reason is this – after the Affordable Care Act passed, the amount of money the federal government provides to hospitals for uncompensated care was significantly reduced. It’s cause and effect; if 9 out of 10 Americans have health insurance, the amount of uncompensated care hospitals have to provide goes down. But when the U.S. Supreme Court gave the individual states the option to opt out of part of the Affordable Care Act, then-Texas Governor Rick Perry could not opt out fast enough.

Vote, folks, as if your life depends on it.  ’cause it very well may.

Image: Pieter Huys, A surgeon extracting the stone of folly, before 1584.

END_OF_DOCUMENT_TOKEN_TO_BE_REPLACED 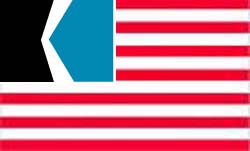 As I mentioned in comments on a thread yesterday, the Florida mailman who landed a gyrocopter at the US Capitol to draw attention to the corrupting influence of money in politics lives in the same media market I do and had informed a local paper of his plans prior to taking off. His stunt is therefore receiving more attention and in-depth coverage here than elsewhere.

The mailman is disappointed that the national corporate media outlets are focusing almost exclusively on the security vulnerabilities his flight revealed rather than the two-page campaign finance document he prepared for each congresscritter. The local outlets, having access to the mailman and greater interest due to the regional angle, are covering the campaign finance aspect. Not in sufficient depth, but at least they aren’t ignoring it altogether. The mailman won’t let them.

END_OF_DOCUMENT_TOKEN_TO_BE_REPLACED

Nothing I’ve read today about ol’ Aqua Budha’s candidacy can approach the inadvertent genius of this, so probably we should all give up:

This guy doesn’t even look like a Republican, with his jeans and cowboy boots, his tie-but-no-jacket look, his mop-in-need-of-cutting coiffure. Mitt Romney tried to rock those jeans, but no 20-something — no 30-something, actually — looked at his Brylcreemed hair and thought: I want to hang out with this guy.

With the laconic delivery and soft bluegrass accent that lent a certain stoner quality to his speech….

This did amuse me though.