You are here: Home / Archives for Good News For Conservatives

All posts belong in this category

The Times today has a report on…how shall we say it?…

Gordon Sondland’s sudden rush of shit to the heart when he realized that credible testimony to the impeachment inquiry placed him squarely in the crosshairs for a perjury charge:

In the addendum, Mr. Sondland said he had “refreshed my recollection” after reading the testimony given by Mr. Taylor and Timothy Morrison, the senior director for Europe and Russia at the National Security Council.

What does this suddenly repaired memory reveal about Trump’s Ukraine conspiracy?

The disclosure from Gordon D. Sondland, the United States ambassador to the European Union, in four new pages of sworn testimony released on Tuesday, confirmed his involvement in essentially laying out a quid pro quo* to Ukraine that he had previously not acknowledged. 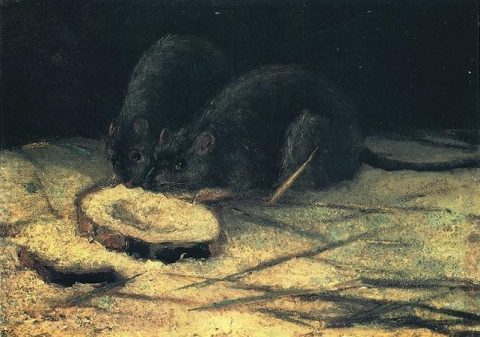 “I said that resumption of the U.S. aid would likely not occur until Ukraine provided the public anticorruption statement that we had been discussing for many weeks,” Mr. Sondland said in the document, which was released by the House committees leading the inquiry, along with the transcript of his original testimony from last month.

Oh. And if you’re a Trumpanzee…Shit.

Nothing about this is good for Trump, nor, really Sondland himself, who is now seen by more or less everyone as an untrustworthy hack now on the record with a story that kills any chance for help from Trumpworld.  But at least he’s dodged the most immediate personal legal threat.  For now.

I think I’m in agreement with the Shitgibbon on this one matter at least: let’s focus on the substance, shall we?

ETA: Also, as a twitterer reminded me, enough with the “quid pro quo” cutesy crap. Trump and his team were extorting a foreign leader to produce false material about a political opponent in service of Trump’s reelection. That’s not the rough and tumble of bargaining between nations.  It’s straight up Mafia thuggery: “Nice country you got here.  Shame if something happened to it.”  This isn’t (just) an impeachable offense. It’s a crime, and Trump and his aides are as-yet-unindicted mobsters

END_OF_DOCUMENT_TOKEN_TO_BE_REPLACED

If the House impeaches Trump, McConnell could quickly move to have the Senate dismiss the charges without a trial. But there have been enough GOP waverers that it's not clear he would have the votes to dismiss. https://t.co/jjsbG2yvH9

Trump is calling McConnell as often as three times a day, according to a person familiar with the conversations.

Trump has been lashing out at GOP senators he sees as disloyal, telling McConnell he'll amplify attacks on Republicans who criticize him. https://t.co/H5uQKwke4u

On some level, I think Mitch McConnell secretly relishes the day he can shank Trump. https://t.co/tYcIy7qd4I

At this point the only question is if Mitch can keep a straight face when he insists the House has no case.

END_OF_DOCUMENT_TOKEN_TO_BE_REPLACED

Good morning from Winifred, who is seasonally appropriate because she looks like a pumpkin spice latte pic.twitter.com/oS7HPu1vZw

Fox News does good, nonpartisan, unbiased polling, so there's no reason to expect their numbers on impeachment to be different than the other good polls, but can still imagine this one is going to cause a wee bit of anxiety in the White House. https://t.co/s9dPiGyF9G

New Fox News poll: 48% of voters believe Trump is "getting what he deserves" with the impeachment inquiry. https://t.co/iwrOcMg4lY pic.twitter.com/YaqET6SqKH

END_OF_DOCUMENT_TOKEN_TO_BE_REPLACED

I’d seen rumors on multiple sites that the Permanent GOP Party was ‘encouraging’, or at least hoping, Mike Pompeo to run for the Senate in Kansas. Suddenly, a powerful counterinterest emerges… just as Mike Pompeo finds himself under the spotlight in DC. Brian Lowry, at the Kansas City Star:

Silicon Valley billionaire Peter Thiel, who believes Google should be investigated for treason and once wrote that American democracy has been in decline since women won the right to vote, is investing heavily in two of the Kansas City region’s most ambitious political startups.

Thiel steered six figures into a dark money group that backed Republican Kris Kobach’s failed campaign for Kansas governor, according to two sources with direct knowledge of the matter.

And now that Kobach is running for U.S. Senate, the PayPal co-founder is upfront about his financial support. Last week at his New York City apartment, Thiel and conservative pundit Ann Coulter co-hosted a fundraiser for the former Kansas secretary of state…

One of Thiel’s companies, the data mining firm Palantir, has provided software supporting ICE’s case management system since 2014. The company has faced criticism from immigration activists because of the software’s reported use in deportations.

Two sources familiar with the inner workings of Kobach’s 2018 campaign said Thiel gave a contribution worth six figures to Per Aspera Policy, a 501(c)4 organization that paid for digital and television ads.

Both of the sources, who spoke on condition of anonymity, said Thiel’s previously undisclosed contributions to the dark money group occurred after Kobach and Thiel discussed the race on the phone. One source said Kobach was giddy when Thiel agreed to spend money in the race.

Kobach did not consent to an interview about his relationship with Thiel. His campaign declined to answer any questions, including about whether Thiel and Kobach had discussed the race for governor.

Brendan Fischer, director of federal reform at the Washington-based Campaign Legal Center, said at a minimum the situation “sounds like an illustration of the problems with dark money. Dark money is often only dark when it comes to the public’s knowledge—the candidates who benefit often know where the money is coming from.”…

It’s impossible to have any sympathy for Pompeo, who’s done his best to earn all the opprobrium now being aimed his way. Another interesting data point, however, that the other rightwing authoritarians see an opening to exploit in the flailing Trump 2020 campaign…

END_OF_DOCUMENT_TOKEN_TO_BE_REPLACED

Trump didn't answer a question about whether it is inevitable he’ll be impeached.

He left the Oval. Which is unusual. Usually *we* leave the Oval. pic.twitter.com/GgbUc3OO0K

If he can remember as far back as his ‘glory’ days, I’m guessing he’s seeing a bunch of flailing idiots performing so badly that no amount of post-production editing will be able to frame them as mighty gladiators…

What a disaster. McCarthy would knock himself unconscious struggling his way out of a wet paper bag. https://t.co/fvoSk9ohYq

Kevin McCarthy is not very bright, and it shows.

Jake Tapper calls out Rep. Jim Jordan over his baseless Hunter Biden accusations: "It's facts and I would think that somebody who's been accused of things in that last year or two would be more sensitive about throwing out wild allegations against people." pic.twitter.com/HkqSVGwZey

Used to be, the sheer what-next novelty of the Trump Oval Office Variety Show was good for drawing viewers. Now, there’s more market share in pigbladdering the minions. And what minions they are, folks!

END_OF_DOCUMENT_TOKEN_TO_BE_REPLACED

They should have called this hurricane "Donald" instead of "Dorian" because it's slow, it has no direction, and it destroys everything it touches.

If proof were needed that the conspiracy theories about HAARP are complete bullshite, the fact that Trump hasn’t busted out the weather-altering technology to force Dorian to threaten Alabama would be it. At least it’s great fodder for comic geniuses like David Roth:

It can be difficult to remember given that he routinely appears on television with toilet paper on the soles of both his shoes and at least one of his hands stuck in a big jug of peanut butter, but Donald Trump’s opening position in all things is that he has never been wrong. He has been wronged, and is in fact wronged constantly—by terrible nasty TV actresses and fake cable news anchors and the other antagonists he’s collected over a lifetime of nonstop blowsy public feuding. But that is just the price he pays for always being right and never being afraid to speak out on whatever he has just seen on television. He carries that weight lightly, give or take the fact that he whines about it constantly. There is an entire cable television network devoted to telling this story over and over again, and every day Trump parks his ass in front of it and watches embalmed-looking septuagenarian newsreader types talk about how correct he is and heatedly demand apologies on his behalf, for hours on end. It’s the treatment that he has always believed he deserves…

The issue here is not that Trump doesn’t believe in things like truth and untruth; he absolutely believes that some things are true and other things are false, but what makes them true or false to him is grounded entirely in how he feels about them. Once a belief is lodged in the sodden Nerf of his brain it becomes true to him, and remains that way forever. These things tend, if anything, to become more true over time, or at least become larger. There is probably some latent impulse from his days as a real estate huckster that powers this—in the same way that he once added floors to the oafish towers he developed, he now adds years or billions to the oafish tales he tells from the front of his trade war with China. It also cannot be ruled out that the guy just likes saying large numbers. When Trump authors one of his really avant-garde falsehoods, it’s this impulse that’s generally behind it. He just likes things to be big, if possible “much bigger many say than anything that we’ve ever seen” but always and everywhere as big as he can get away with making them.

And then, eventually, even bigger than that. This was a problem last week, when Trump took one of his favorite parts of the presidency—the constitutionally enumerated power to tell everyone about the weather, and how large it looks like it might be—too far. Hurricane Dorian, which is indeed big and terrible, was moving towards the southeastern United States at the time, and the forecast called for moderate-to-large amounts of destruction in Florida, Georgia, and the Carolinas. Trump evidently found this insufficient…

"Just because you slept with someone named Stormy, it does not make you a weatherman."

Joy Beher, on The View.

A 'mumpsimus' is a stubborn person who insists on making an error in spite of being shown that it is wrong. https://t.co/ZxeSqVQr02

Even Fox News is pointing out the stupidity of #SharpieGate. https://t.co/UJLrjXXoTu

END_OF_DOCUMENT_TOKEN_TO_BE_REPLACED

Fox News: "We don't work for you Mister President, we volunteer as tribute."

Because he's had Fox News as Trump-state media, Trump hasn't needed his own outlet. If there's ever a hint of daylight between them, he won't be content with only Twitter.

Trump is (inadvertently?) lending credence to critics' claims that Fox is akin to state-run TV, saying "we have to start looking for a new News Outlet."https://t.co/BZ6AQh2GYU

Trump admitting that he views Fox News as his propaganda arm is another one of those, "This is actually a big deal, but there's so much" stories that will barely be remembered in a week. Like knowingly manipulating the world markets.