Got called a "Judeo Communist" by some CPAC college kid. Cool conference with great folks all around.

I have arrived at CPAC. Today’s first session features Rep. Jim Jordan, Rep. Mark Meadows and Matt Schlapp. They are saying that there is no collusion. The session is called Marketing Marxism: There’s Nothing New About the Green New Deal.

(Sanctioned MyPillows salesman outranks RNC chairwoman, for reasons. I’m sure she’s used to it, by now.)

(He gave up for the day after lunch, poor man.)

(Demurral: The rich ones aren’t very smart, either.)

The Democrat appearing in CPAC videos and speeches the most, by far: @AOC. More than any 2020 Dem. An Oliver North-narrated NRA video just ended with the footage of her dancing outside her office, with the color drained to make it look more ominous.

END_OF_DOCUMENT_TOKEN_TO_BE_REPLACED

Spent the better part of the day at the PVSEC getting Lily’s treatment (now every six weeks). Lily was, as always, perfect on the ride up and an angel while waiting: 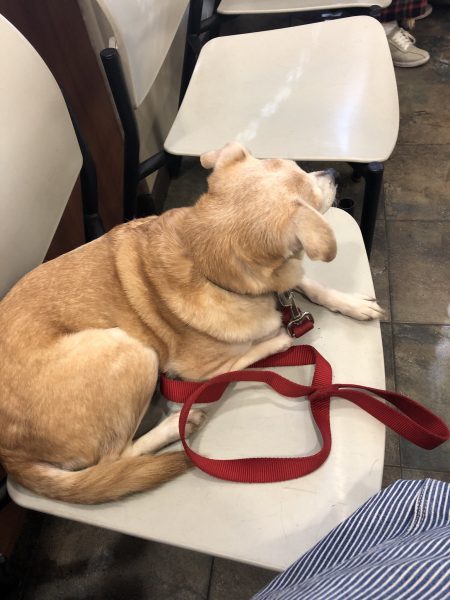 The vet techs and doctors sent me this picture from the back room to give me an inside look of the bow selection process: 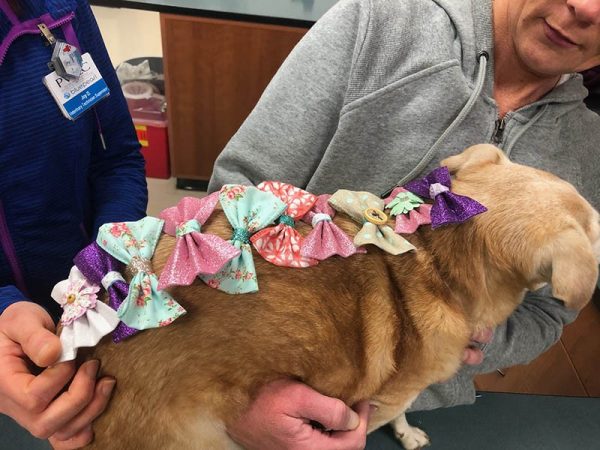 As hoped, she was given an excellent report, is doing very well, and we go back in six weeks. She ended up with two bows since it is going to be six weeks: 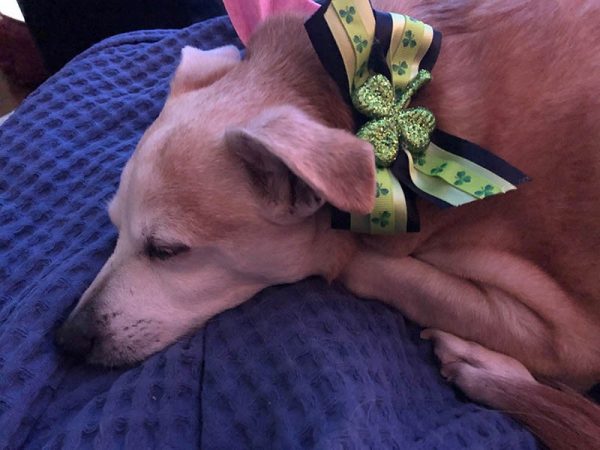 Doc says she has put on a little weight, but you know how it is in the winter.

END_OF_DOCUMENT_TOKEN_TO_BE_REPLACED

Seriously, nothing matters — via The Times:

Trump Ordered Officials to Give Jared Kushner a Security Clearance

Mr. Trump’s decision in May so troubled senior administration officials that at least one, the White House chief of staff at the time, John F. Kelly, wrote a contemporaneous internal memo about how he had been “ordered” to give Mr. Kushner the top-secret clearance.

The White House counsel at the time, Donald F. McGahn II, also wrote an internal memo outlining the concerns that had been raised about Mr. Kushner — including by the C.I.A. — and how Mr. McGahn had recommended that he not be given a top-secret clearance.

By all means, let’s haul these specimens before a congressional committee and examine the concerns that were raised about Kushner. And speaking of hearings, looks like Trump Org CFO Weisselberg will be compelled to appear, and Ivanka and Don Jr. will be interviewed. (Gums is the new Tiffany!)

END_OF_DOCUMENT_TOKEN_TO_BE_REPLACED 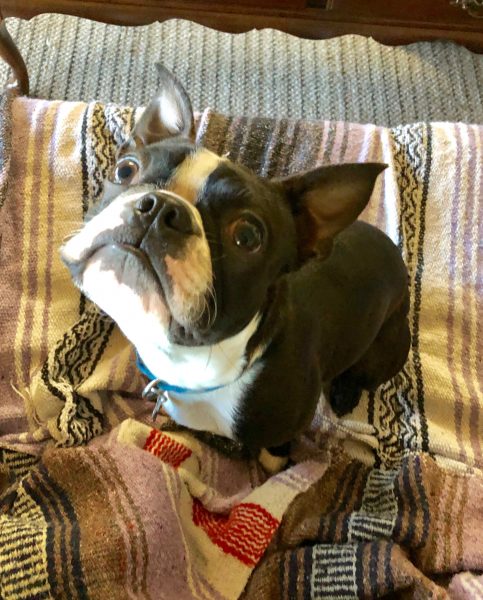 Lifestyle guru Martha Stewart is joining Canadian marijuana producer Canopy Growth as an adviser to help develop and launch a line of pot-based products for humans and animals, it said on Thursday.

The deal between Sequential Brands Group Inc, which owns the Martha Stewart brand, and Canopy will seek to leverage Stewart’s knowledge of consumer products in the launch of products based on CBD, the non-psychoactive chemical found in marijuana.

Stewart, who became a household name through her books and cooking and lifestyle television shows starting in the 1980s, co-hosts a show with rapper Snoop Dogg, who made headlines last year for smoking marijuana in front of the White House.

What a time to be alive. Open thread!

END_OF_DOCUMENT_TOKEN_TO_BE_REPLACED

I assume that Adam or Cheryl will write something more substantive on this, but since you’ve all been mentioning it in the comments, two big pieces of news out of Hanoi.

That last story is just another example of how being a gross incompetent running an administration that is a rolling shit show actually helps Trump sometimes. We’d normally spend days or weeks talking about Warmbier and stupid remarks like that from another President. For Trump, it’s just another Thursday.

END_OF_DOCUMENT_TOKEN_TO_BE_REPLACED

Why challenge John Cornyn when you can be the 100th Democrat to run for President?

Beto O’Rourke has decided not to run for U.S. Senate next year against Texas Republican incumbent John Cornyn and likely will announce a campaign for president soon, people close to the former El Paso congressman told The Dallas Morning News on Wednesday.

Maybe some of you who know more about Texas politics can convince us that this isn’t a giant missed opportunity for Democrats to get a seat in the Senate.

END_OF_DOCUMENT_TOKEN_TO_BE_REPLACED

Kimberly Leonard notes that this has an interesting intra-caucus tension:

Centrist House Democrats on Wednesday announced they would be pushing for a healthcare plan to shore up Obamacare, only hours after the House's liberal Democrats pushed for a fully government-financed healthcare system. https://t.co/5RqIfk5tnS

An associate jackal sent me the letter which will be below the fold.

Alexander-Murray was a good bill for its context. It sought to address significant concerns and possible concerns. Everything in that bill except for the catastrophic plan section had a straight forward chain:

All of that made sense at the time.

And most of that bill still makes sense. Section 1332 waiver boundaries and rules can be cleaned up. Navigation and enrollment assistance to the states at Alexander-Murray levels would increase enrollment. Section 1333 regulations would be a good thing for states that want to create larger, inter-state risk pools to reduce variance costs. Reinsurance or other forms of assistance would help the non-subsidized buyers.

However as I have argued many times, the termination of cost sharing reduction subsidies is not sabotage. It instead has actually strengthened the market. The cohort of people earning between two and four times the federal poverty level are seeing much lower net of subsidy pricing.

As I noted in October 2017, the world has changed:

Inaction means, over the long run, more people will get low(er) out of pocket expenses/lower deductible insurance for lower premiums through structured, subsidized exchanges. I think that after a year or two, the expected social contract of what “acceptable” publicly subsidized insurance will move to Gold instead of Silver plans. Lower cost Gold plans and very affordable Bronze plans will increase long run uptake of PPACA insurance among people who earn between 200 percent and 400 percent FPL. This is a group with more political power than Medicaid recipients and Medicaid recipients were able to successfully mobilize to defend their interest this year. Appropriating CSR and thus maintaining the status quo is closer to conservative policy and ideological preferences than resetting the effective benchmark to Gold.

There can be good reasons for liberals and Democrats to agree to appropriate CSR. Rep. Pallone’s 2018 HR 5155 appropriated CSR but used the fund flow to expand CSR eligibility and levels as well as expand premium tax credit subsidy eligibility to more people. But the fundamental nature of the ACA has changed due to the termination of CSR and the politics have changed since October 2017 when there was a legitimate fear that not paying CSRs would cause the market to collapse.

But that trade-off has to be made with a recognition of reality. Terminating CSR has created a different market that is more favorable, in isolation, to Democratic policy preferences than Republican policy preferences. The New Dem coalition needs to realize that it was not effective sabotage but a backdoor incidental strengthening.