As I understand the state of play in the Trump got wiretapped story, the Trump Administration is desperate to prove he's under investigation

It took Nixon 6 years to become as paranoid as Trump has become in just 6 weeks.

Crucial thing to remember: Trump has no grasp of systems, only personalities. So when he says "Obama," that means the US gov't minus Trump. https://t.co/zb1jygVAgl

Trump was known for years to tape calls in his own offices. And during campaign, staffers fretted their offices were bugged.

and fixer for a few curious deals between Trump and the mob https://t.co/4TjKoma5vT

Trump should know OBAMA NEVER LEFT THE WHITE HOUSE! He's in the closet! HE HAS SCISSORS!

END_OF_DOCUMENT_TOKEN_TO_BE_REPLACED

So I just got off the phone with my mom and she shared some disturbing news. Especially so for me as the son of an immigrant, a Green Card holder until his death.

My former sister-in-law returned in the last couple of days from a family funeral in Peru. She’s an American, with passport, but originally from Peru. When her plane arrived at SFO, there were armed immigration/customs agents on the boarding ramp, right outside the plane’s door.

I’ve been traveling since I was two weeks old. I’m a dual national, but my US issued birth certificate shows I was born in Africa to an American woman and a Swiss man. This country has ALWAYS been the land of the free and customs and immigration folks are in their booths, lanes, aisles, etc. Not intimidating folks getting off the plane.

It’s beginning my friends. A moat is being created around us, between us and the rest of the world.

END_OF_DOCUMENT_TOKEN_TO_BE_REPLACED

In response to Marco Gutierrez’s remarks expressing concerns about an invasion of Taco Trucks I decided to strike a blow for Salsa (Verde, also Roja and Crema and guacamole) Justice and went for Mexican food tonight. Never has standing in solidarity, by sitting and eating, tasted so good. Also, the corners of my neighborhood are still clear of taco trucks, so I’m going to keep Balloon Juice set at TacoCon 5 for the time being. So grab your forks my Salsa Justice Warriors and head for the comments – open thread! 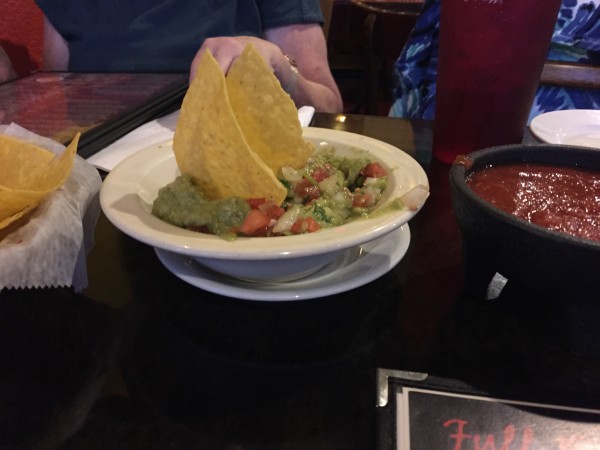 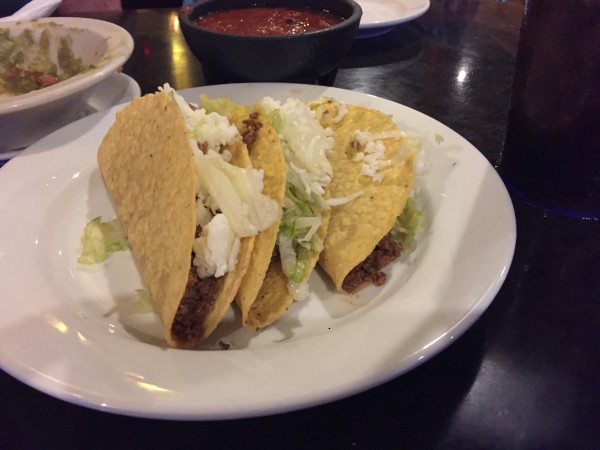 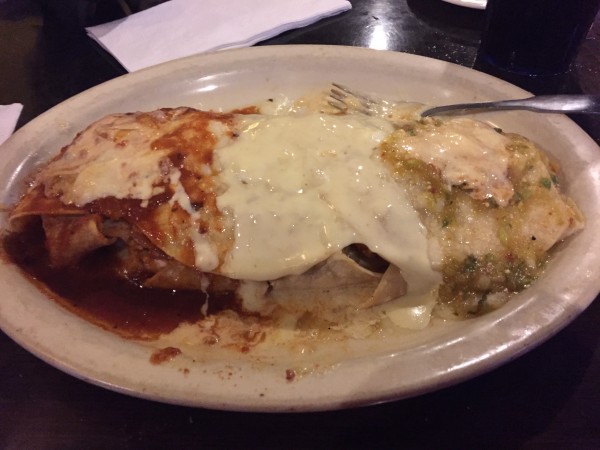 END_OF_DOCUMENT_TOKEN_TO_BE_REPLACED

Thanks to commenter JCJ for the recommendation, here’s the Brook’s Falls live feed bear cam from Katmai National Park in Alaska. So tune in and watch the grizzlies eat all the salmon they can eat!

END_OF_DOCUMENT_TOKEN_TO_BE_REPLACED

With TaMara’s move it seems like forever since we’ve had a recipe post. So I’ve broken out the emergency tiara, frilly apron, and matching oven mitts and we’re under way!

We’re keeping it light tonight because of the summer heat. First up is a broccoli quiche. 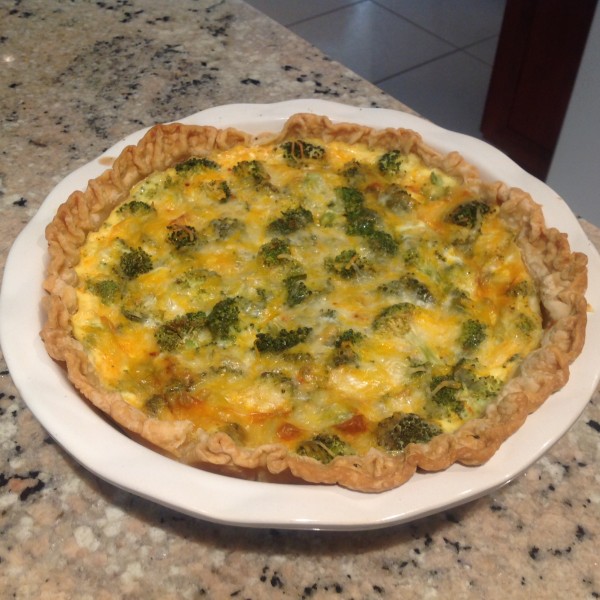 And here’s the recipe:

2 cups of shredded cheese (officially the recipe calls for Swiss, but I like to use the six cheese Mexican blend)

(This is a vegetarian quiche, but if you want to add ham or bacon or crab or shrimp just toss it on in)

Heat oven to 425 degrees, Prepare a nine inch pie crust. Grease a deep pie pan/quiche pan, place the pie crust in it, and crimp the crust.

Sprinkle cheese and broccoli and onion in pastry lined pan. First cover the bottom of the crust with a layer of cheese. Then cover that with the minced scallions. Then cover those with another layer of the shredded cheese. Cover this with the broccoli florets and then a final layer of the shredded cheese. If adding a meat or seafood product, put 1/2 of it with the scallions and 1/2 with the broccoli.

In a separate bowl beat the remaining ingredients together and pour over the quiche filling in the pie pan.

Bake for 15 minutes at 425 degrees. Reduce oven temp to 300 degrees. Bake for 30 min longer or until knife inserted 1 inch from edge comes out clean. Let stand 10 min before cutting.

Next up a cool, refreshing, and simple mixed melon and pineapple salad. 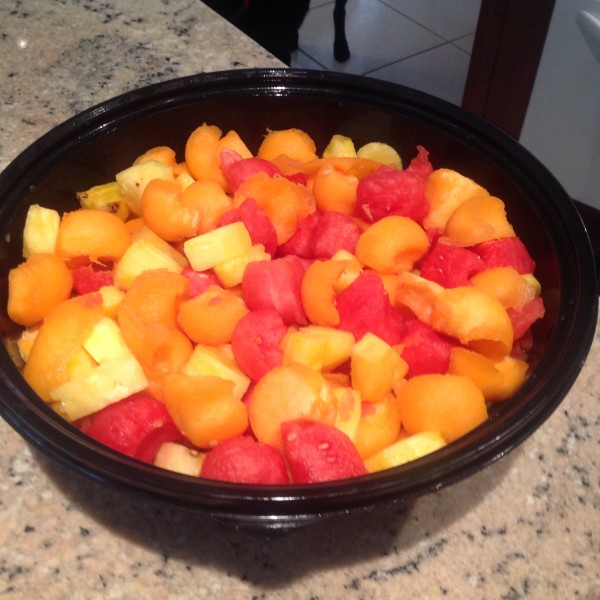 This really doesn’t require much of a recipe. I balled out 1/4 of a watermelon and 1 cantaloupe. I then chunked up one fresh pineapple and mixed it all together. Then into the fridge to chill before serving. I wasn’t going for anything fancy here, but use whatever fruit combinations you like the most.

And for the dessert, something light(er) and summery: Lemon layer cake with lemon buttercream frosting. 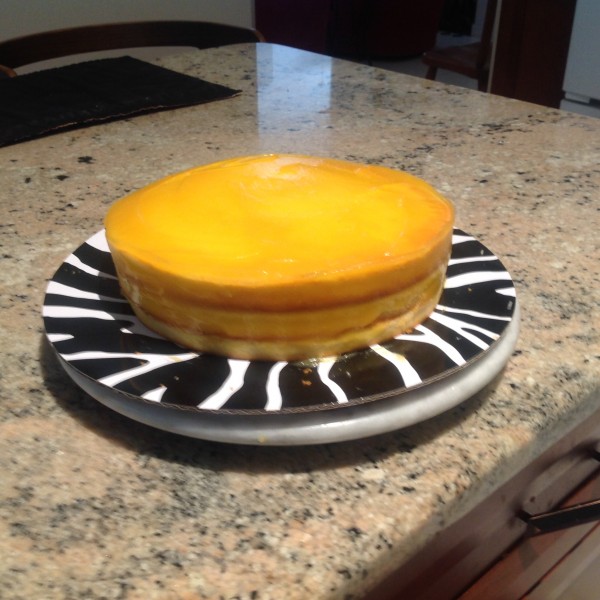 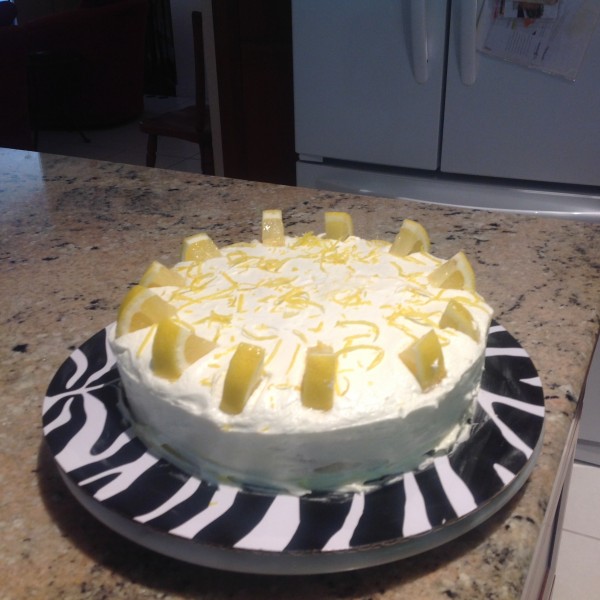 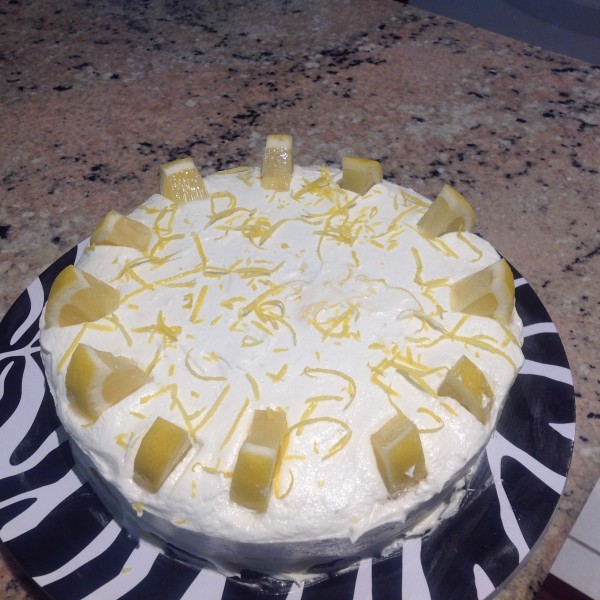 The first picture is of the cake crumb coated with lemon curd. An important note: I did not candy the lemon wedges; they are purely for decoration unless you’re channeling Stonewall Jackson and like sucking on lemon wedges. In which case, knock yourself out, enjoy your forced march up the Shenandoah Valley, and DUCK!!!!

This isn’t my recipe, nor one that I’ve been using for years and don’t remember where I got it. So I’m just going to link to where I got it from rather than post it. It is very, very easy to make. I did not, however, make the cream cheese lemon frosting that is at the link. Instead I just made a basic buttercream and added the zest and juice of one lemon and 1 teaspoon of lemon extract to make a lemon buttercream.