Much earlier today while poking around I came across the following:

BLACK SEA SHOWDOWN: A grain convoy has left Odesa in defiance of a RU blockade. Proceeding south, the convoy posses a dilemma for Putin: does he attack merchant ships in international waters, or does he back down and permit UKR to resume grain shipments?https://t.co/GtJKEFhIb4 pic.twitter.com/ymz0VfqbYk

And my immediate thought was to the opening of Star Trek 2: The Wrath of Khan. Largely because Putin is now facing his own no win scenario. Putin has already abrogated the grain deal, which is no surprise as he’s been stealing and reselling Ukrainian grain for months. But this convoy from Odesa creates a major strategic trap for him. If he does nothing, he looks impotent. If he attacks it he risks not only pissing off whichever countries those ships are registered with, also risks attacking a vessel flagged with a NATO country that’s part of the convoy and thereby putting Article V in play, but also running afoul of the UN and Turkey. Both of whom are involved in the inspection process for this convoy. The latest reporting I’ve seen is that Russia has two diesel attack submarines in the Black Sea. There might be a third, but the reporting is unclear as to where it is at. The remainder are either in for repairs or in the Mediterranean. While the Turks closed the Dardanelles to warships months ago, there’s a lot of international airspace over the Black Sea for NATO aircraft to freely transit on a regular basis. Including flying a combat air patrol that is not officially a combat air patrol for this convoy if someone decides this is a good idea.

And we’re back to the no win scenario for Putin. Do nothing and look impotent. Do something and risk significant blowback. This convoy and any others that are also going to put to sea have lots of nautical miles to transit before they’re safely in port, so we need to keep a weather eye on them. But every day they make smoke towards their destination and Putin does nothing is another day that Putin looks impotent.

END_OF_DOCUMENT_TOKEN_TO_BE_REPLACED

For the New York Review of Books, I wrote about the pre-history of Bolsonarismo, and how a movement originally created by elite campaigns and insider scheming has built a power base that could well outlast the Brazilian president https://t.co/GreJ1PB5US

This longish article was published in the New York Review just *before* the Brazilian election, but Bevins seems to have a good grip on the both the local history and some disturbing parallels here:

At the beginning of 2013, there was seemingly no one on the right in Brazil’s political system. No one who admitted it, anyway. The Workers’ Party (Partido dos Trabalhadores, or PT) was confidently sailing through its third presidential term, and the former guerrilla Dilma Rousseff was enjoying approval ratings only slightly lower than the record set by her predecessor, Luiz Inácio “Lula” da Silva, who ended his mandate with the support of more than 80 percent of Brazilians. The main opposition party, the Brazilian Social Democratic Party (PSDB), was called right-wing by PT supporters, but denied this vigorously. Like the rest of the most visible actors in the country, they had defined themselves in opposition to Brazil’s brutal, US-backed dictatorship, which ended in the 1980s. Before the 2014 elections The Economist lamented that out of thirty-two registered parties, twenty-six had names with left-wing signifiers. The Brazilian political spectrum, the political scientist Luiz Felipe d’Avila told the magazine, was “fifty shades of pink.”

Five years later the right was out in the open. After mass protests, economic crisis, a reckless anticorruption campaign, President Rousseff’s removal, and Lula’s imprisonment, the country elected Jair Bolsonaro, now probably the most extreme-right leader in the democratic world. He won power in 2018 with the backing of economic elites, and a wave of explicitly conservative politicians—fire-breathing YouTubers, anti-environmentalists, and demagogues—filled the halls of the Congresso Nacional.

Now Lula is back. He solidly beat Bolsonaro in the first round of voting on October 2, with 48 percent of the vote to Bolsonaro’s 43. If he wins again on Sunday [he did], then by law Bolsonaro has to go. Elite support for Bolsonaro is less solid than when he took office, and although he has made it exceedingly clear at every point in his career that he would be happy to carry out a coup and destroy Brazilian democracy, he may actually leave.

But even if he does, voting so far has shown that his movement has taken on a more concrete form since 2018, seizing strategic centers of power. “To speak of ‘Bolsonarismo’ is not the same as speaking of Bolsonaro voters,” the Brazilian philosopher Rodrigo Nunes writes in his recent essay collection, Do Transe à Vertigem (“From Trance to Vertigo”). “Smaller than Bolsonaro’s actual or potential electorate, Bolsonarismo is at the same time bigger than Bolsonaro himself: neither created by nor solely dependent on the individual from whom it borrows its name.”…

Brazil’s pro-democracy forces, now accustomed to living in fear of authoritarian rupture, nervously watch the news and try to convince the country’s few remaining undecided voters to take their side. In this battle they now have an argument many wish they didn’t. Last week I saw a voter named Marina try to convince her father, a former Bolsonaro voter who picked a third-party candidate in the first round, to vote for Lula. “If Bolsonaro gets another term there will be nothing stopping him,” she said. “If Lula wins, he will have to negotiate constantly with conservatives, so you don’t have to worry.” She thinks her father, who owns a small business outside São Paulo, will be reassured that the country won’t turn into Venezuela or Nicaragua, one of the baseless and constant lines of attack by the right. “This is what Lula has always done—build coalitions and govern responsibly,” she said. That is more or less what the Brazilian left hopes they can pull off next year. At best, politics here in 2023 will be a mix of Workers’ Party red and Bolsonarista yellow.

END_OF_DOCUMENT_TOKEN_TO_BE_REPLACED

U.S. Department of Homeland Security officials under then-President Donald Trump compiled intelligence dossiers on people who were arrested at Black Lives Matter protests in Portland, Oregon, according to a newly unredacted internal review.

The 76-page report is an internal review by DHS of actions carried out by its Office of Intelligence and Analysis in June and July 2020, when militarized federal agents were deployed to Portland against people protesting police abuses in the wake of the murder of George Floyd, a Black man who was killed by a Minneapolis police officer.

When the dossiers were being compiled, some DHS analysts voiced concerns over the legality of collecting intelligence “on protestors arrested for trivial criminal infractions having little to no connection to domestic terrorism,” the DHS report said. Some of the employees even refused to participate.

Doesn’t seem to have gotten much coverage, but then again, there is just soo much shit going on.

END_OF_DOCUMENT_TOKEN_TO_BE_REPLACED

I don’t know how I got on all the Republican mailing lists – out of nowhere in the past few days – but I have heard from the Dumpster man himself (vomit), I have heard from Kimberly G. (vomit), and today Slimy Billy Barr just wrote to me.  (double vomit) He wants my opinion about what they should use for their closing message!!!

They believe these 3 are their most effective closing messages.  And this is absolutely confidential information – they told me so!  With lots of bright red and yellow!  This must all be really important. (eyes rolling into the back of my head) 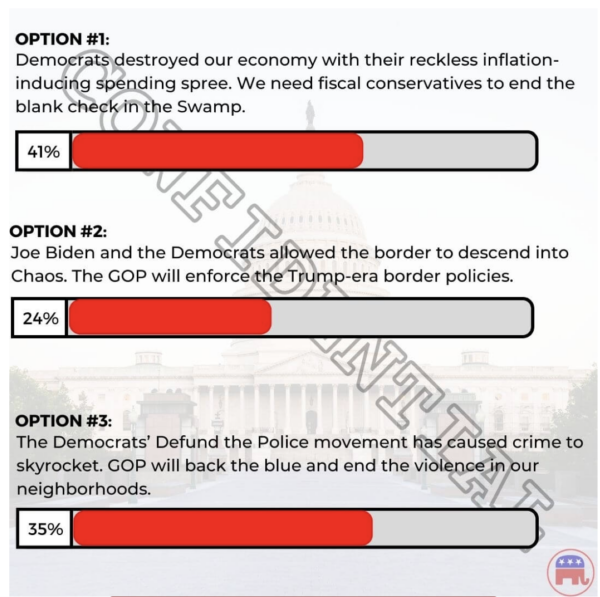 END_OF_DOCUMENT_TOKEN_TO_BE_REPLACED

The ACA Open Enrollment Period (OEP) starts tomorrow for Healthcare.gov and most of the state based marketplaces.  Idaho allowed shopping earlier in October.  During OEP you can switch plans for any reason.  You can buy a plan for any reason.

Here are a few things to remember:

Looking around and actively choosing is the most important advice I can give every year.  The ACA’s use of price linked subsidies combined with the non-stickiness of the marginal enrollees means that every year insurers aggressively compete to offer very low premium plans.  This means that a plan in Year 1 that is a great deal may be a really bad deal in Year 2 for an individual who is mostly buying on price.  Sometimes this happens even if the same insurer offers the cheapest plan in both years.  Looking around and making an active choice minimizes price surprises.

It is particularly important this year as over 1 million people will be automatically re-enrolled into different insurers because Bright (nationally) and Friday (Texas) withdrew from the markets very late as regulators were suspicious about their ability to sustain losses and pay claims. These folks will be automatically re-enrolled into new plans but the odds that these plans are the plans that they would want are fairly low.

Finally, if you have purchased an “off-exchange” plan for 2022 where you are not eligible for subsidies, unless you are an arbitration eligible second basemen who can actually hit a curveball with authority and a good bat angle, you are likely leaving potential cost-savings on the table.  See if you can convert your off-exchange plan into an on-Exchange plan that is eligible for ACA premium subsidies.

Good luck and remember — ask for help.  This is complicated and messy.

END_OF_DOCUMENT_TOKEN_TO_BE_REPLACED

We have a new anonymous Balloon Juice Angel – and another $1,000 Angel match!

Can we do this today?

Here’s a link to an article about the Worker Action contribution in turning AZ blue in 2020.

For the remains $725 on the final match, up to $50 per person will be matched – if you post your amount in the comments. Even if you were already matched by another Balloon Juice angel, the clock resets with every new Angel match – so you can be matched again!

The goal is to put 25 pairs of boots on the ground in AZ, and we are just over 25 already!

END_OF_DOCUMENT_TOKEN_TO_BE_REPLACED 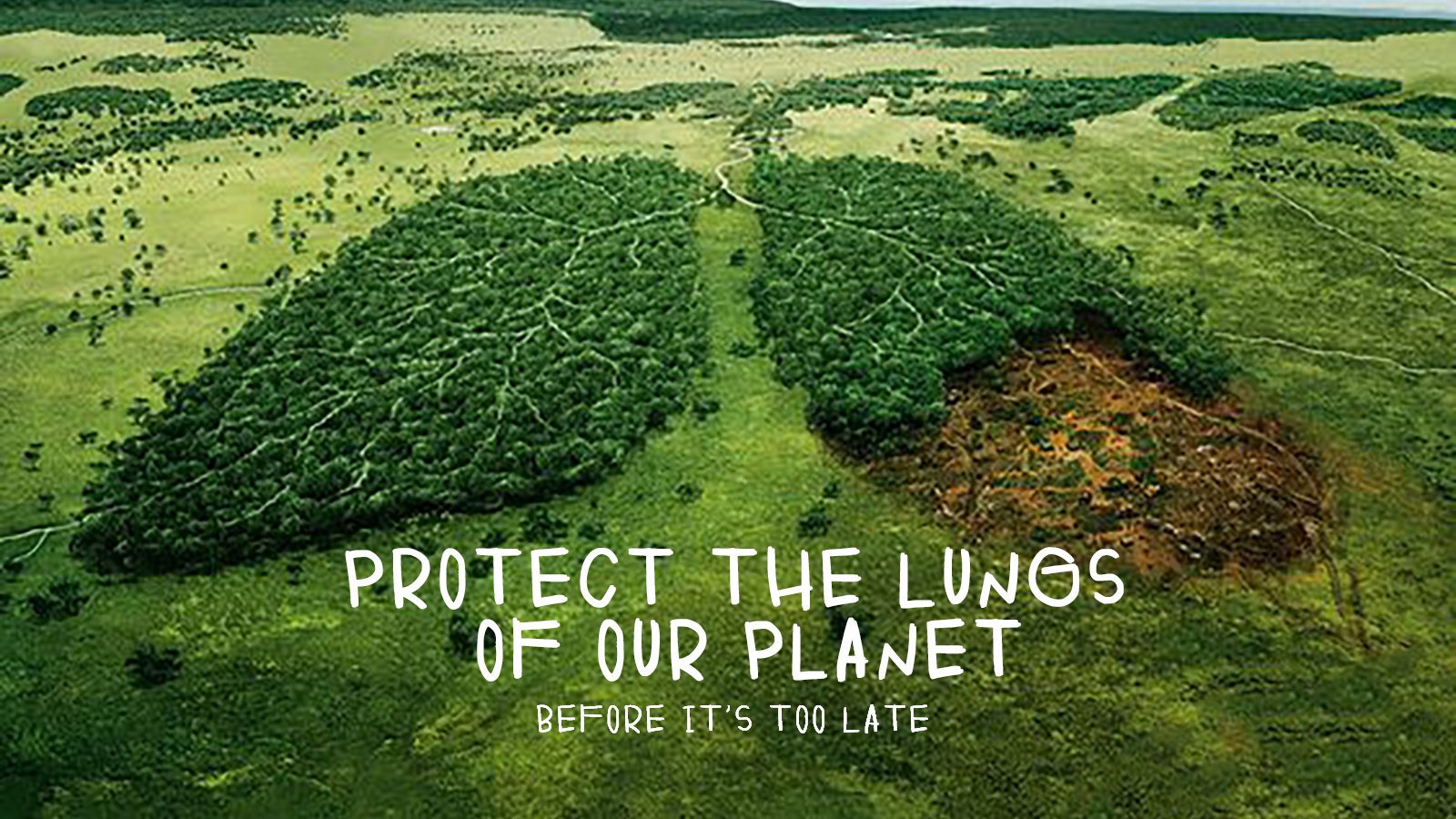 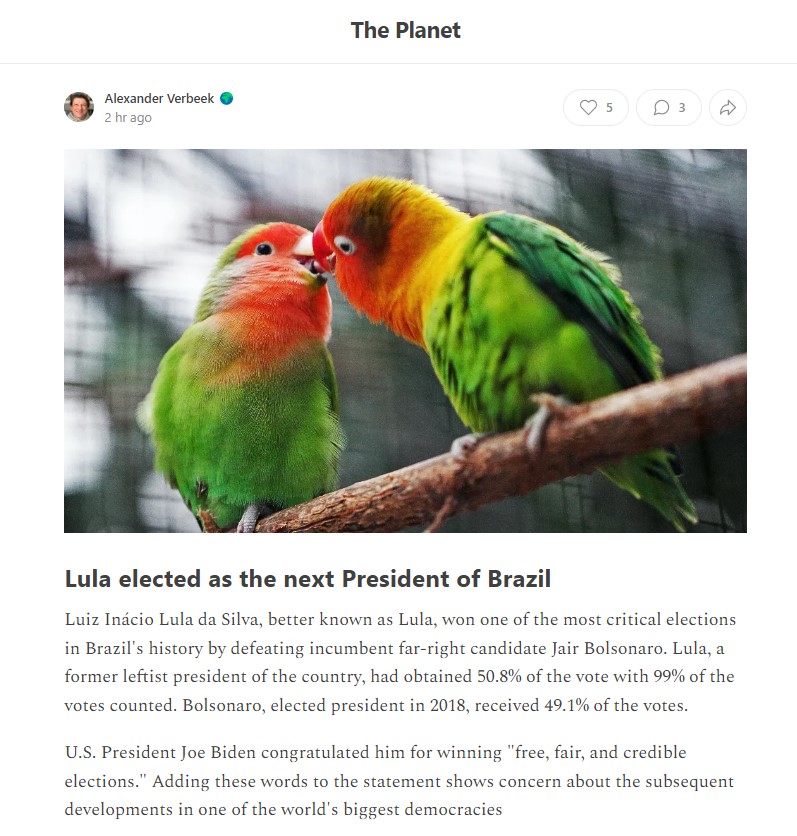 Brazil’s democratic institutions have long been under siege by President Jair Bolsonaro. As a result, millions of citizens have now questioned the credibility of Brazil’s elections. You’re not alone if you see a pattern closer to home. Bolsonaro is referred to as the “Tropical Trump” for various reasons, this being just one of them.

One of the reasons the world has been missing Brazil is the destruction of the Amazon, the world’s lungs. Lula and Bolsonaro envisioned opposite fates for the Amazon at a crucial moment. If deforestation continues at current rates, as favored by Bolsonaro, the Amazon will pass an irreversible threshold in just a decade or two. Scientists warn that it would transform the rainforest into a savanna that would release billions of greenhouse gases.

Lula the Leftist, Lula the trade unionist, Lula the people's leader. It's Lula da Silva who defeated fascist Bolsonaro with 50.9% votes and becomes the new President of Brazil. It's the people only the people who creates history. Fascism won't speaks last.#LulaPresidente2022 pic.twitter.com/y1Y4r7JjVJ

More on this at a later date when I can read up more on his policies and the impact this will have on the planet’s “lungs”.

*as of the writing of this, Bolsonaro has yet to concede.